7 Types of Income streams you can earn

What are income streams?

An example: A steady/guaranteed/secure income stream, she does not wish to sell the property because it provides a steady income stream – Cambridge Dictionary.

There are many types of income streams a person can make. But first of all, let’s understand the difference between active and passive income.

Income streams are typically broken down into two sections, active and passive.

Active income is the opposite where you get paid a set amount related to the amount of time you put into a job or activity.

As an example of a company diversifying its income streams, we can look at Virgin Group.

Initially started by Sir Richard Branson as a record label, Virgin has expanded out into aviation, holidays, mobile and much more.

An example of a normal person diversifying their income, we can look at an electrician. Typically an electrician’s income comes from private homeowners but property management companies often need additional tradespeople. Another route for an electrician could be to start offering courses to people on basic electrics and how to stay safe. This example shows how an electrician could go from one active income stream to two.

Having multiple income streams offers an extra net of safety. If a person, take example this electrician, loses an income stream, then he has another which he can fall back on. Reducing reliance on one income stream increases your flexibility. 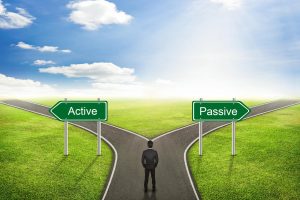 The types of income streams

Not all of these types of income streams are available to everyone, with some needing a large amount of money or effort to create.

Earned income is your primary income stream, this is made through working, a job. The majority of society starts off here and is the most common form of income stream. This is also one of the most limiting forms of income streams as it is linked to your time.

To go beyond the limitations of earned income streams would be to start your own business which requires much more risk than being an employee and would move you into the profit income stream section.

Not only can you make earned income through working a full-time job, but also through side hustles. Check out our article on the types of side hustles.

Profit income is made by selling a product or service for more than it cost you. A couple of ways to create such could be to open a retail store/online store and sell a product, offer a professional service and charge for your time, or combine them both.

If you or your business has spare cash sitting in the bank account, it is losing money. There are ways to put this money to work and earn passive income.

Moving the money into a savings account or buying government bonds can generate interest which can be considered an income stream.

When you buy shares in a company on the stock market, you become part owner of the company and this can entitle you to dividend payments.

If you are interested in dividend income click this article to find out how much do you earn from dividend stocks.

Rental investments can be an excellent way of protecting your money and generating an income from rent. This income stream can be made through buying a house/flat and renting it out or you can house hack, where you rent out rooms in the house you are living in.

Buying and selling assets can provide an income known as capital gains. For example, if you buy stocks worth £100 and sell them for £120, you have made a capital gain of £20.

Royalty income is generated by designing, building or making something unique. A common example of royalty income is musicians. Musicians are signed to a record label, let’s take Virgin Records for example. Then the record company pays to record, product, market and sell the music. The musician receives a royalty payment for every album sold and each time it is played in public. Another example is an author, very similar to the musician, the book can be sold to a printing company and each book sold the author receives a royalty for each copy.

An old saying “don’t put all your eggs into one basket” means don’t concentrate on one thing or one income stream. 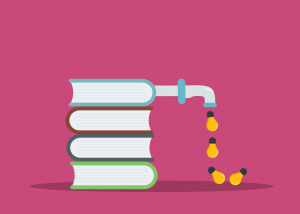 Many people have the idea of becoming a millionaire, having lots of money in the bank account or a lot of cash-flowing assets. But how many cash flows does a millionaire typically have?

Well, the consensus is that the average millionaire has not just one, but seven types of income streams!

As with all investments, it makes the most sense to diversify, even more so with your streams of income. That is up to a point, if you find a category which works for you then go with your strengths, just don’t put all your eggs into one basket.

“Corley’s research showed that millionaires often pursue multiple streams of income, with 65 percent having at least three streams, thereby diversifying their dependence on any one stream”

Did you know that 66% of millionaires own their own businesses, which alone is one income stream?

The white paper published by the Spectrem Group shows that 48% of millionaires’ investable assets are in stocks, with 78% of millionaires believing that ‘smart investing’ is key to their success.

There is somewhat a misconception that you have to already be rich to become a millionaire and have these kinds of income streams, this is far from the truth.

In 2017 a survey from Fidelity Investments found that 88% of millionaires are self-made, with only 12% inheriting a significant sum of money.

According to The Millionaire Next Door they have consistently found that 80-86% are self-made. In 1982 according to Forbes, about 38% of Americans’ wealthiest people were self-made, then in 2012, the percentage jumped to 70%.

Did you know that most millionaires didn’t grow up in wealthy families? 8 in 10 millionaires surveyed said they came from families at or below middle-class income levels.

The 18 lessons of The Psychology Of Money – by Morgan…

When to Rebalance your Portfolio