F.I.R.E is a growing financial movement which is an abbreviation of Financial Independence, Retire Early.

The Mr.MoneyMostache, which started in 2011, helped popularize the FIRE movement and is an influential voice in the community.

Those who are part of the FIRE movement aim to retire much earlier than the ‘normal’ retirement age of 65+. Those who aim for FIRE are aiming to retire early and follow their dreams, passions and interests while still at a relatively young age of 30s to 40s.

These individuals are trying to achieve financial freedom and gain control over their lives, rather than depend on a 9-5 to fund their lifestyle. We often hear about people living extremely frugally to save as much as possible, then investing this money to be in the position to retire in their 30s.

We hear that these extremely frugal people can save 50%+ of their income to retire early, but this is not the only way to view the movement. Over the years the FIRE movement has evolved slightly, with a growing emphasis on the “financial independence” aspect of it, rather than the retire early part. 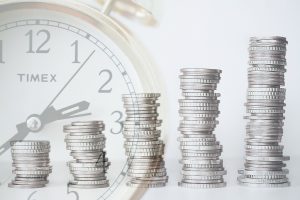 There are typically 3 types of FIRE a person can aim for. These all vary depending on the person’s goals but we typically have BaristaFIRE, LeanFIRE, and FatFIRE.

Barista FIRE is a route which can help you leave full-time work sooner for a low-stress part-time job, for example, a barista. It’s a much easier route to take than the traditional FIRE route as you don’t fully give up working.

While traditional FIRE may require a portfolio between £300,000 and £1 million (depending on required income), barista FIRE could allow financial independence with a smaller portfolio alongside a small income.

This option gives you the choice of working for pleasure, rather than working to live.

Lean FIRE favours a minimalist lifestyle and “lean” is a way of living, in order to save up enough money to retire as early as possible. Lean FIRE means your investments can only cover your basic necessities like food, transport and rent.

Typically Lean FIRE is for those who are living out of a van, a house or a travelling nomad. This is due to having to keep costs low. Because of these low costs, extreme savers should be able to create the investment account much sooner than other FIRE routes as the portfolio needed to cover the basics are much less.

Fat FIRE is quite similar to Lean FIRE but instead favours a less frugal and more indulgent lifestyle. Fat FIRE takes longer than the other routes but takes into account fully covering expenses and luxuries such as holidays.

The Safe Withdrawal Rate (SWR) is a method in which retirees can determine how much money they can withdraw from their accounts each year without running out of money before reaching the end of their lives.

When searching up about SWR you will come across the famous number 4%.

The Four Percent Rule is a rule of thumb to determine how much a retiree should withdraw from a retirement account each year. This rule seeks to provide a steady income stream from the retiree’s account while also maintaining the account balance. This 4% withdrawal will need to be adjusted for inflation every year to keep up.

The 4% rule was devised from the Trinity study which got its name from three professors of finance who wrote the influential paper in 1998 who worked at Trinity University.

The authors backtested a number of stock to-bond mixes and withdrawal rates against market data which was compiled over a period from 1925 to 1995.

His study/simulation took the entire data from 1971 to 2020. Here we can see the effects over 30 years of retirement with U.S. inflation-adjusted accordingly.

The success rate for this study is determined by the chance of not running out of money before the simulation ends. The example given is if the simulation ran over a 20-year time span and ended up with even just $1 at the end of the 20 years, it is then a success.

One problem with the SWR is that it projects that the economic and financial conditions will continue throughout retirement and into the future, when in fact they can change in the years or decades after retirement. This means that the SWR would need to be evaluated now and again and adjust appropriately. 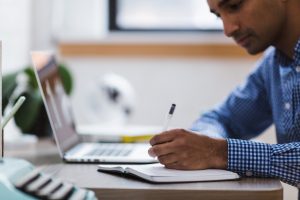 Can it be achieved

FIRE certainly is achievable, as pointed out earlier there are many people who achieve financial independence without a big inheritance or exceptional help along the way. Many achieve such through sensible investing.

The FIRE community often tries to calculate the savings rate, which is the percentage of take-home income that you need to save/invest to be able to fund your FIRE retirement.

2. Work out your FIRE goal

Depending on your goal when it comes to FIRE can massively change how much you need to save/invest. Working out your end goal is key, whether that be barista FIRE with investments topping you up or Fat FIRE where your investments cover everything and you don’t need to work. It could be the difference between a £375,000 portfolio (£15k/PA) or a £1.5M portfolio (£60k/PA).

Make sure you know your expenses related to your FIRE retirement. The first key is your expected expenses and how you want to fund your lifestyle.

3. Work out your portfolio need based on SWR

After working out your FIRE goal and the type of income you are wanting/expect when you hit that magical early retirement or financial independence, next to work out is your SWR and the size of your portfolio.

Though a rule of thumb for SWR is 4%, this is the middle ground. If you are more conservative and want your portfolio to last longer, you may opt for a lower withdrawal rate such as 3%, this would increase the chances of your portfolio holding its value over a long period of time. If you want a live fast style early retirement, you may opt for a higher withdrawal rate, such as 4.5%-5%.

Once you figure out how concervatve you want to be with your withdrawal rate you can then piece together the size of the portfolio needed.

4. Calculate the best way to achieve your goal (road map)

Following on from the last 3 steps we can now start working out exactly where you want to put your money. Knowing the portfolio size and the time frame you are aiming for you can build a road map of where to invest, how much of your leftover money and how long for.

7 Types of Income streams you can earn

The 18 lessons of The Psychology Of Money – by Morgan…

When to Rebalance your Portfolio